What if Being Uncomfortable is a Gift? 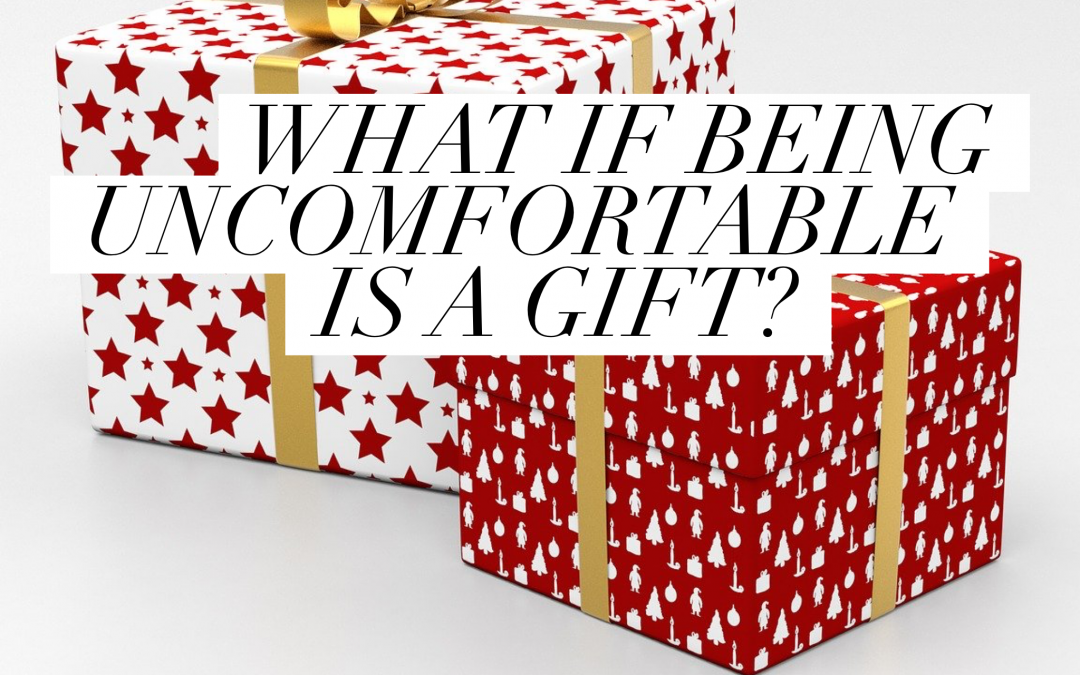 What if Being Uncomfortable is a Gift?

I have studied many modalities during the years of self development. At one point I learned that being uncomfortable or if things got really hard then that was a sign that something wasn’t right for me. And if you’re on the right path, things should fall into place with ease.

I was aware of a different possibility, however when I started to get close to what I was aware of was possible, as soon as it became uncomfortable I would step back.

Three years ago I really started to explore what this was. What I became aware of was that when I was at school or working for someone else and I hit discomfort, I would push through it because I knew it was just part of the learning process. As time went by I would experience less discomfort as my confidence levels grew in that particular task. It would quite quickly become second nature.

So what had I been doing? Stepping back when I was close to changing something and breaking through, just because of a little discomfort and that I had bought that it wasn’t happening quickly enough and with enough ease.

To give you a little context around this, when I started my first job in a bank, I had never made a toll call. I was afraid of the phone, (to be honest I was afraid of my own shadow) and I had to ring other branches quite a few times each day. Speaking to someone I didn’t know on the other end of the phone scared the s**t out of me. Speaking to someone in person was a lot easier which I did most of the day. There was no way to escape this, I tried to avoid it however it was impossible and if I was to keep my job I had to do it. It was a great incentive as I had wanted to work in a bank from a very young age. So I pushed through and quite quickly strengthened these muscles and it wasn’t long before it became second nature. Leaning into the discomfort!!!! And learning new skills

Somewhere along the way, I had misidentified discomfort or resistance on my part as a NO or this wasn’t right for me. A NO is just a NO. Whereas resistance or discomfort is more of a whingy whiney, “I don’t wanna” or filled with lots of excuses. Getting this differentiation has been such key and a gift.

Now if I feel uncomfortable or am resisting, I ask “What am I aware of here”? Usually I’m aware of something far greater and usually a massive breakthrough and upgrade if I’m just willing to lean in.

So is there anywhere you have misidentified a NO not for me with discomfort or resistance?

I wonder what is now available?

For more information or to find out how to work with me click the link linktr.ee/andypentecost